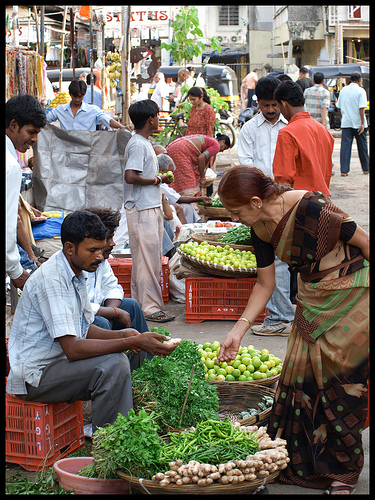 First, let me repeat something I wrote in an earlier post: negotiation is a complex skill if not art. If negotiations are not particular your cup of tea you may consider involving professionals, in particular those who have experience negotiating offshore contracts. At least you owe it to yourself to go through some serious reading on the topic prior to diving into the deal making. Let me recommend a few classic books on the subject: Secrets of Power Negotiatingby Roger Dawson, You Can Negotiate Anything

by Herb Cohen, and Getting Past No: Negotiating with Difficult People

Through the years in IT leadership position I negotiated many contracts with service providers, various vendors, consultants, employees and offshore companies. That doesn’t make me professional, so do take my advice with a grain of salt. More so, every negotiation is different in so many aspects that what worked in one could absolutely fail you in another.

Anyway, as introduction to offshore contract negotiations I am going to cover ten golden rules of haggling. You might ask: what does it have to do with professional contract negotiations? Well, barraging is the mother of all negotiations and more so there is a high chance that you will be negotiating with a vendor who’s coming from a culture with deep roots in a market style haggling.

Here they are the Ten Golden Rules:

Now let me give you the unofficial 11th rule: Sometimes the rules meant to be broken or Know where to stop. In many situations following golden rules might be detrimental to building a win-win relationship. For example if the other party is inexperienced in negotiations or in providing the services as the result your opponent gives up to much ground, paints itself in the corner, or brings negotiation to an impasse.

Your negotiating opponent is meant to be you partner and probably for a long time. So consider a metaphor of sparing with your friend in a kick-boxing gym: while you do want to win you do not want to inflict lasting injuries; now add to it little twist – what if you are far superior to your friend in the skill and power.

A few months ago acting as an intermediary between a US-based customer and a small, bright and very ambitious outsourcing company I was helping to negotiate a fixed bid engagement for developing a windows app. The initial bid came with the “asking” price of ~$100K. At that point I could have pulled out my 10 golden rules check list, I could have flinched, whined, screamed, pushed and threatened to walk away… and would’ve probably gotten the contract down to $70K or $80K. Instead I got on a phone with the vendor, than with the customer, than with vendor’s technical team, back with the client, etc. I finally got them to agree on $350K after two weeks of strenuous back and force. Yes, not a typo, 3.5 times the original bid. And that number I am certain would still keep the vendor on their toes and gives the client superb deal for the product.

You could easily reverse engineer the situation – the client being not very clear with the requirements vs. provider with typical overly aggressive “developer” mind set. All too common I am afraid. I love those small, bright and ambitious companies; unfortunately after being beaten into pulp by “professional” negotiators on the client side they either never deliver or end up one-hit wonders.

Outsource IT! is a book that will help you to learn everything about winning in outsourcing starting from the first step (making the decision on whether to outsource a part of your tech work) to the last (closing your hopefully successful engagement). Read more